Monitoring and control of fake news and misinformation

The famous fake news or false news are the best known part of the desinformation phenomenon. The latter is “any form of false, inaccurate or misleading information designed, presented or prometed to intentionally cause harm to the public or for profit and is not only a phenomenon on the rise but also appears as one of the greatest threats of our time for social and democratic stability, as concluded by the high-level expert group of the European Commission in its recently published report “A multi-dimesional approach to disinformation”.

The construction of an alternative truth and the manipulation through deliberately false information that is created for profit or destabilization, affects the perception that citizens have of reality and the events that shape it and potentially affects any field of his life.

Disinformation is not a new phenomenon, but the propaganda or manipulation of other times has found an important ally in the Internet and information technologies. The ubiquity, speed, connectivity, anonymity and other characteristics of the medium make it especially prone to the generation and masive dissemination of inaccurate or directly false messages, capable of shaping a new truth: what is known as post-truth. This reality becomes especially worrisome when the messages are articulated around a deliberate strategy of destabilization and radicalization of public opinion, as seems to have happened in recent events of great relevance with Brexit, the election of Donald Trump or, in our case, the Catalan crisis. The latter active in our country, is being the case study carried out by the doctoral research of Elena Llorca, project coordinator at Lucentia. Based on it, we are identifying the variables of the message that affect its potential impact on different user profiles and designing the methodology that allows the monitoring of this phenomenon with the help of Artificial Intelligence technologies. In parallel, we are working  on the extension of this mehodology for the detection of inaccurate information in other fields such as health, education, marketing or business.

It is clear to think that the existence of a massive digital conversation makes the use of computer systems essential to speed up the process of identification and classification of texts published and disseminated in the digital medium. This is achieved by previously designing a series of Key Performance Indicators (KPI) that the system will use to identify, collect and classify the information. These computer tools make use of artificial intelligence(AI) techniques and are currently used in many initiatives to combat misinformation in different areas.

In short, the use of computer systems – mainly neural networks – that mimic human intelligence in their operation serves, in this context, for the initial filtering of information, as well as its classification according to previously established parameters.

The expected impact of this activity affects several potential beneficiaries: 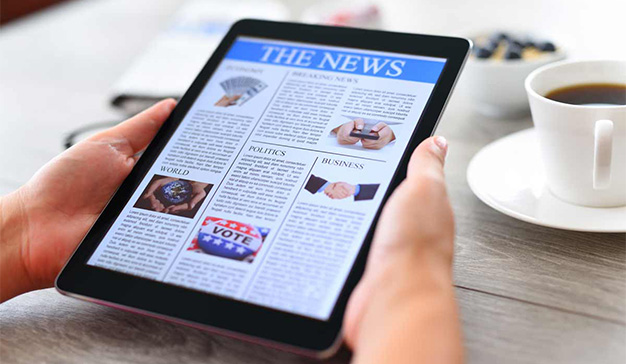 This proyect is part of an Industrial Doctorate in which the Social Research Group of the Department of Sociology 1 of the University of Alicante, Soc-Innova, led by Dr. María Elena Fabregat Cabrera and Dr. Raúl Ruíz Callado, and Lucentia Lab, collaborate together.

This project represents a challenge and a chance to delve into the design of artificial intelligence systems for the recognition and analysis of written text, a market with great potential for expansion. Into it, social social scientist (the doctoral researcher and the researchers in the group) will act as domain experts in the area of Sociology and Political Science, and the technical staff of the company as creators of the algorithm for the recognition and classification of texts, in a effort to unite different disciplines in pursuit of a common goal.